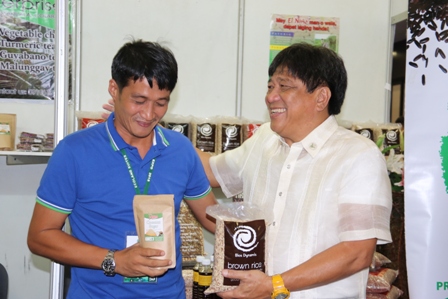 Agriculture Secretary Proceso J. Alcala (right) shares a light moment with one of the exhibitors during the 17th Davao Agri-Trade Expo held in Davao City.

IN A bid to expand the country’s exports reach in the Asean countries, the Philippines is now on track on securing meat, poultry and livestock exportation accreditation from importing countries, an agri attache said.

Anna Abuela, the country’s agri attache in Thailand, told reporters at the sideline of the 17th Davao Agri-Trade Expo (Date) 2015 opening ceremony Friday that they are now working on securing an accreditation in importing countries like Malaysia and Indonesia to further boost the country’s potential in exportation. 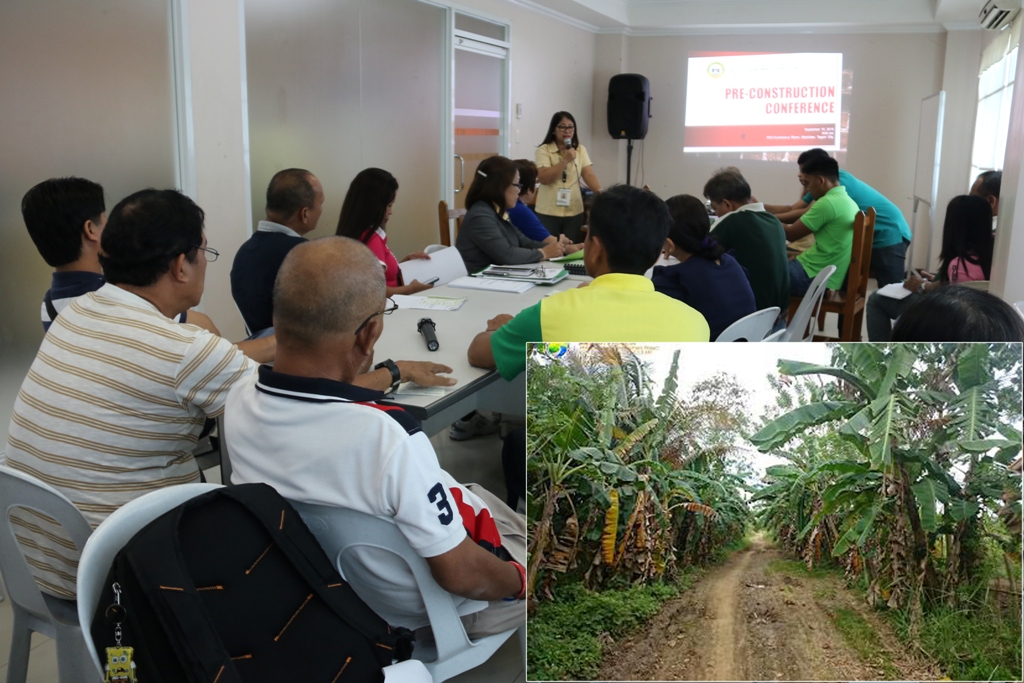 DA-XI and local officials discuss with the contractor the details of the rehab of P56.9-M FMR project (inset). The eight-kilometer FMR will will cover the villages of Kasilak, Katipunan and Little Panay in Panabo, Davao del Norte during the pre-construction conference held recently in Panabo City. (Photo by: Janelle Flores/DA-XI) 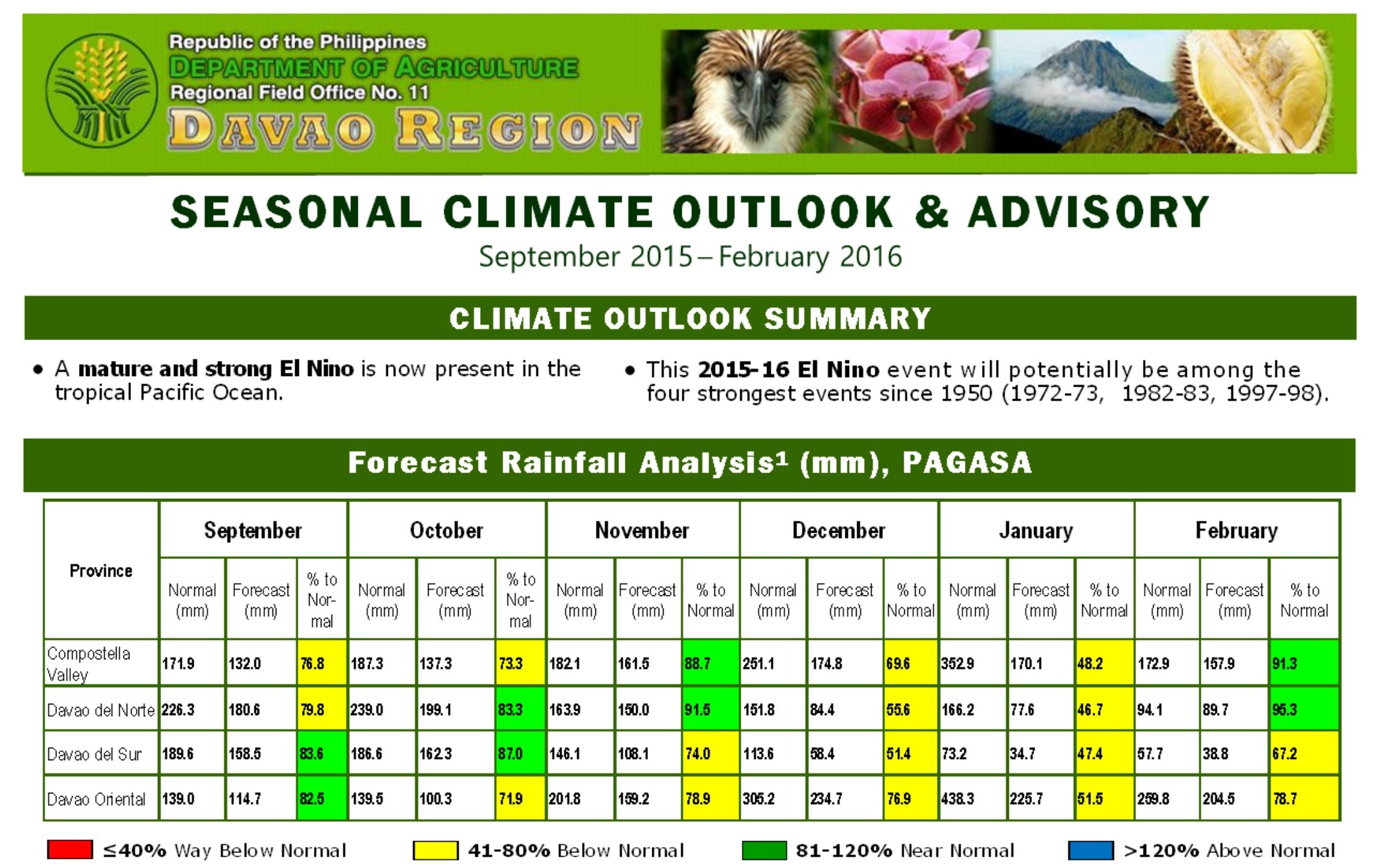