Alcala, Villar to grace DA school on the air graduation in Davao

Four hundred fifty farmers in Davao region graduated from the course which started from November 20 to December 15, 2014 and was aired over DXRD 711 kHz, Sonshine Radio from 4:00-5:00 am every Mondays to Saturdays.

The province of Davao del Norte has a total of 250 graduates followed by Compostela Valley with 99; 75 in Davao City, while 20 in Davao Oriental and five in Davao del Sur.

SOA is a training course on agricultural crops and commodities wherein a farmer will graduate after their participation and learning through radio focuses.

The Department of Agriculture has allocated P1.329 billion to fully subsidize hybrid rice production in the country targeting 147,626 hectares to be planted during the dry season until 2016.

New Banana cultivar proven to be resistant to Fusarium Wilt 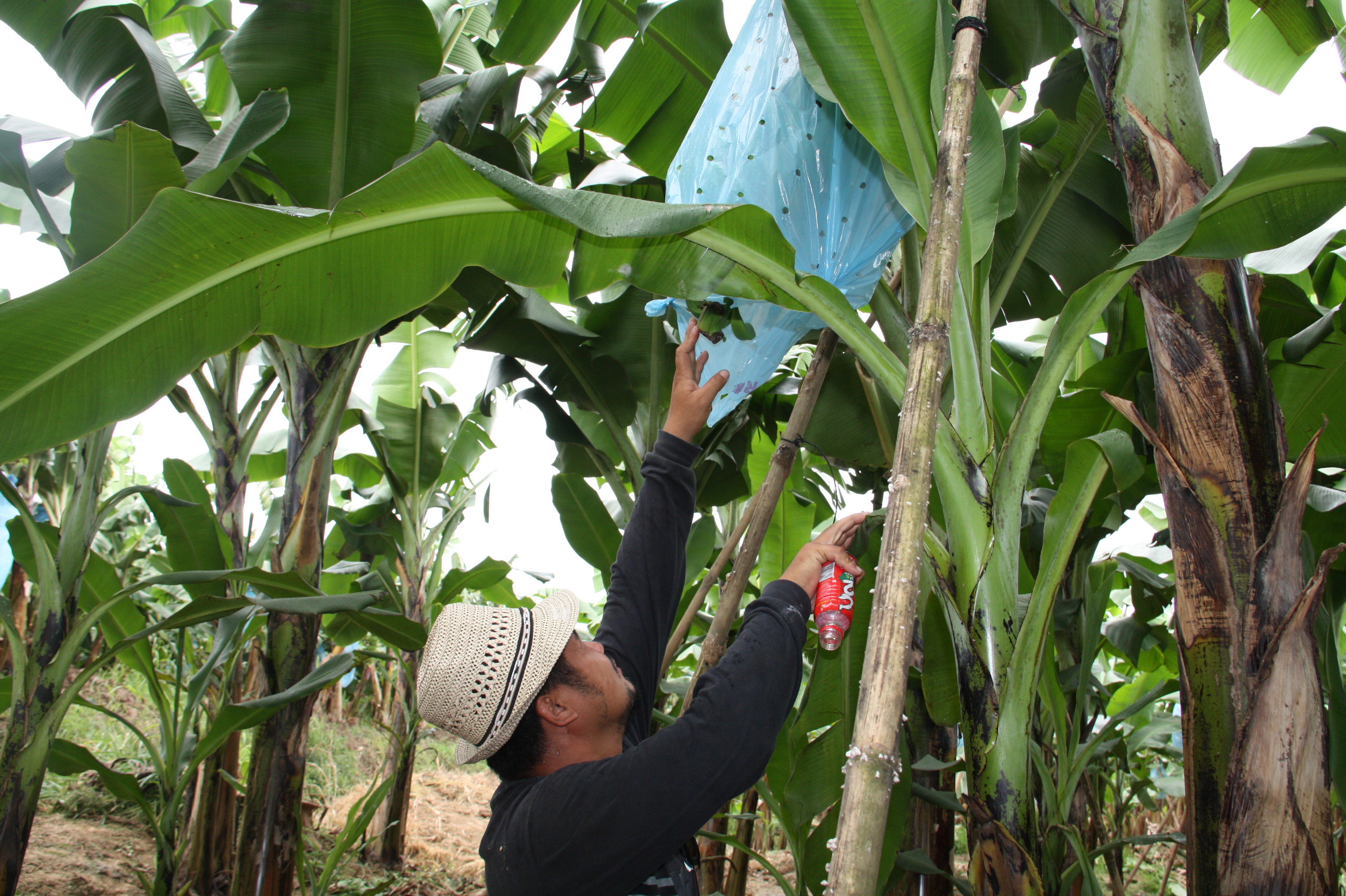 ABE FAP is one of the beneficiaries during the mass distribution and turnover of the P64 million worth of farm machineries and project grants from the Department of Agriculture-Region 11 given to farmers groups and local government units in October 2014 held in Davao City. In photo are Agriculture Secretary Proceso Alcala (3rd from left) and regional director Remelyn Recoter (extreme right) with (from left) Davao del Norte 2nd district Rep. Antonio G. Del Rosario, Asuncion Mayor Joseph Nilo Fareñas and ABE FAP project manager Cipriano Balove.