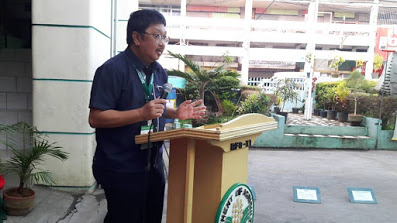 Speaking during this year's first flag raising ceremony at DA-XI grounds, Director Oñate expresses his hope for a more effective and efficient delivery of services to farmers and agri stakeholders in the region. 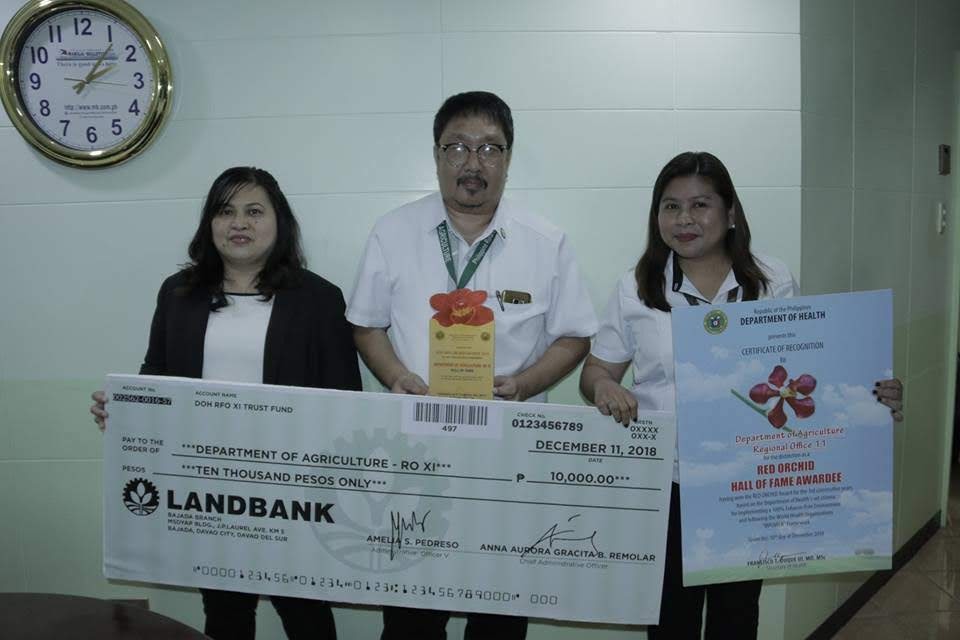 The Department of Agriculture in Region XI (DA-XI) receives the Department of Health’s (DOH) Red Orchid Hall of Fame award in its effort of implementing a 100% tobacco-free environment.

The Red Orchid Awards is the DOH’s search among government hospitals, offices, and local government units (LGUs) that implement a 100-percent tobacco-free environment and meeting the quality standards on tobacco prevention and control set by the World Health Organization (WHO).

“I laud the efforts of my co-workers in making DA a tobacco-free agency. Without their support this award would not be possible,” DA-XI Regional Executive Director Ricardo M. Oñate, Jr. said.

Today is the most beautiful day in the universe especially for Filipinos, but it is also the sweetest as we reveal the winners of our Storytelling #CacaoDavao Experience campaign. 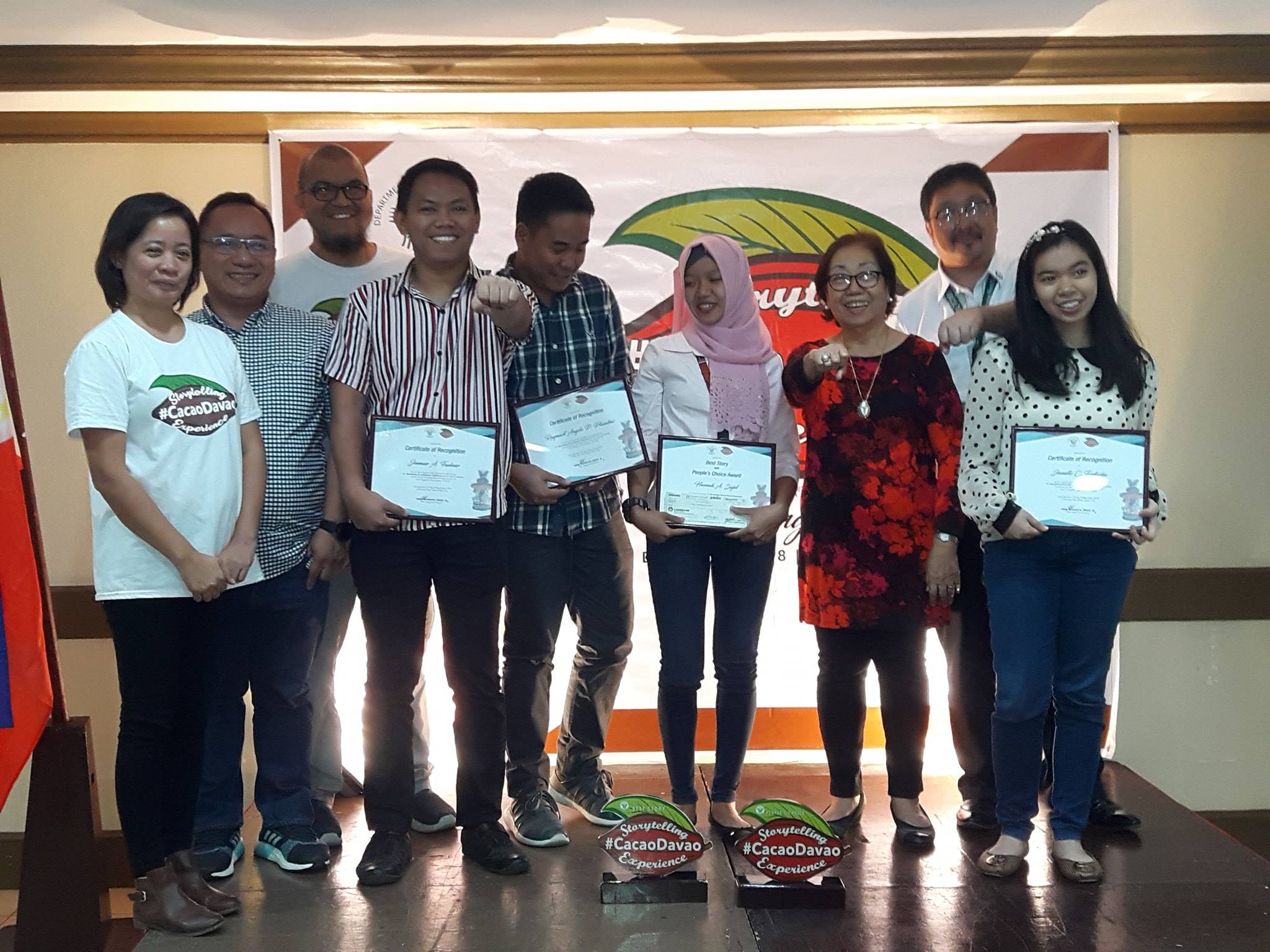 You can click their names and view their winning FB Posts. 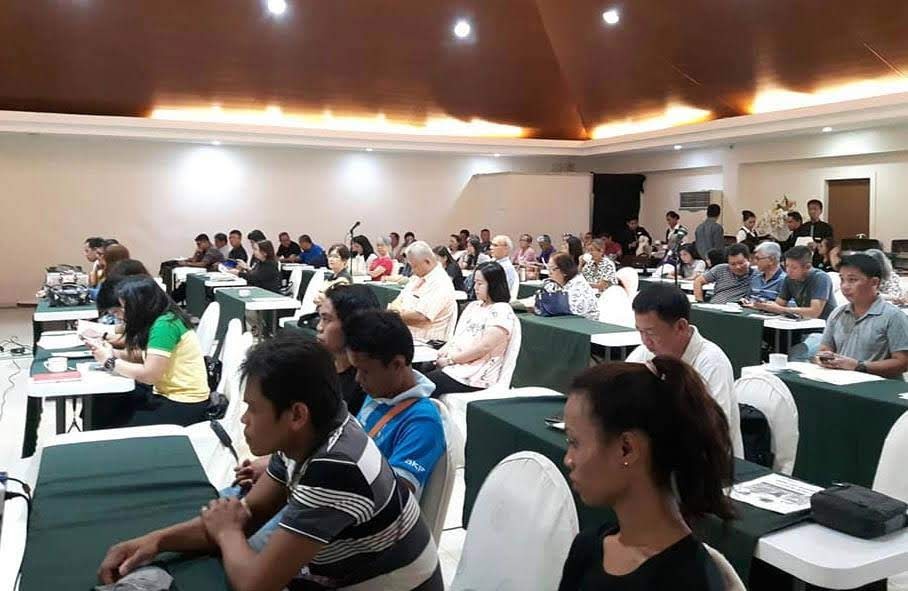