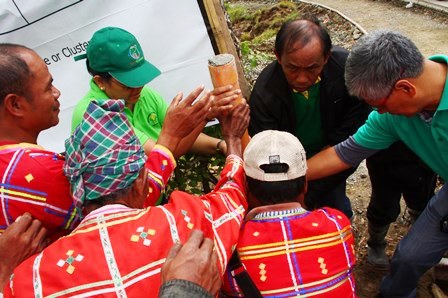 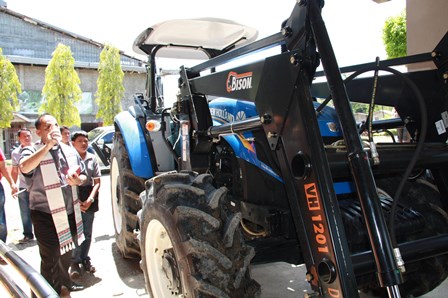 Farm Input. The Department of Agriculture 11 (DA 11) under the Corn Program turned over P 3.4 million worth of four wheel drive farm tractor with implements to the municipality of New Corella., Davao del Norte. The farm tractor will be utilize for the construction of canals and ditches, specifically for the abandoned areas by the banana growers infested with Panama diseases who proposed to shift into corn. Corn areas will be accessible to farm-to-market road thus serving the corn farmers in the municipality. This grant from DA 11 is part of the directive of Secretary Proceso Alcala to promote mechanized farming in the country. (Aggie Media Service) 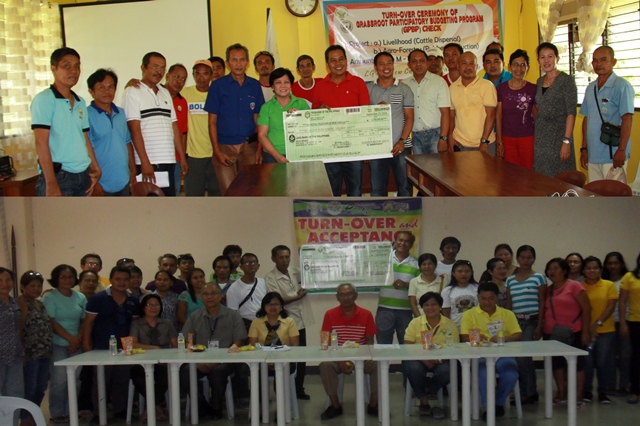 Livelihood Assistance. Beneficiaries together with local government unit officials from New Corella (top) and Panabo City (bottom) receives the check amounting to P2.7 million and P5.4 million respectively from the Department of Agriculture 11 under the Grassroots Participatory Budgeting Program (GPBP).