According to DA XI focal person for Corn R&D Mr. Jose Villar II, the activity only happened in Mindanao and its output is a consolidated project proposal of the six regions which will be presented and endorsed for funding to DA-BAR through the RDE Mindanao Zonal Network.

“Under the Further revisions of the project submitted will have target about three sets of interventions which aim to increase farm productivity and competitveness, promote and commercialize efficient, effective technology and create or enhance economic incentives and enabling environment with 6 component projects,” Soriano explained.

Meanwhile, OIC Chief, DA XI Research Division Dr. Juanito C. Lupiba said that they can offer new options to corn farmers and he added that planting corn for silage only takes about 70-75 days, instead of waiting for 105 days.

“With silage processing, there could be four croppings in a year, and it is great news to farmers who may opt to produce yellow corn for silage production,” Lupiba said.

During the field visit to the Silage production area of Mr. Genovevo Cajes, Board of Director, Cadalian Dairy Farmers Cooperative (CADAFCO) in Barangay Cadalian,Baguio District, Davao City, he shared an impact of his 2-year old  dairy  cattle project supported by the National Dairy Authority. He revealed he was able to supply at least seven liters of fresh milk to his bakery instead of buying commercial ones which enable him saved Php 3,800 on the daily milk requirement.

He said that aside from dairy cattle, silage could also be fed to other large and small ruminant animals. 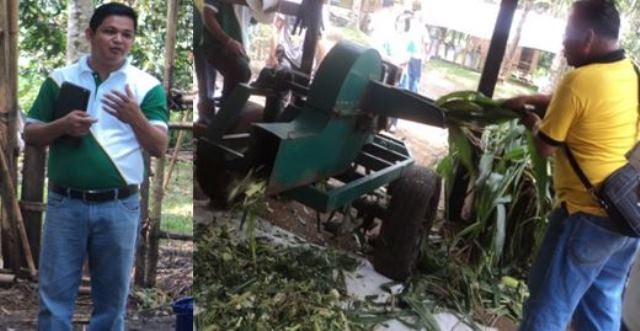