The  27th In-House Research and Development Review (IHRDR)  of the Department of Agriculture (DA) Region XI was highlighted with the awarding of the Best Research paper for the study “Multi-Location Trial of Japanese Sweet Potato, presented by Maureelyn C. Dalam, Research Assistant,DA Research Division.  The review was conducted on July 18, 2014  at the Ritz Hotel , Obrero, Davao   City .

This study  was  established in  two cropping seasons  at the  On-station and On-farm adaptability trials in both upland and plain ecosystems. Results showed an average yield of 10 tons per hectare.It had the highest marketable tubers of 3.31and 1.56 at 120 Days after palnting while the Philippine Seed Board (PSB 17) variety had 2.36 and 1.14 highest marketable yield. It was also learned that this trial  was an offshoot of the negotiated plan of DA Secretary Proceso Alcala in  exporting this variety to Singapore due to its market potential.

Two other papers were awarded Second and Third Best Papers,respectively.These include “Mass Rearing of Chilocorus nigrita  as Biocontrol of Scale Insects in Lanzones”, presented by Lilybeth F. Agbayani  and  “ Fertilizer Trial of Tiniguib Corn under Hillyland” as presented by Estela C. Cuestas. The winners received their Certificates and will have additional Cash incentives Awards amounting Php 3,500.00, 2,500.00 and 2,000.00, respectively.Meanwhile, Ms. Dalam was also given citation for presenting an Informational Poster on her study. Of the ten papers that were presented, five (5)  completed studies vied  for  such criteria as Best Manustcript, Best Presentation and with Relevance and Impact. 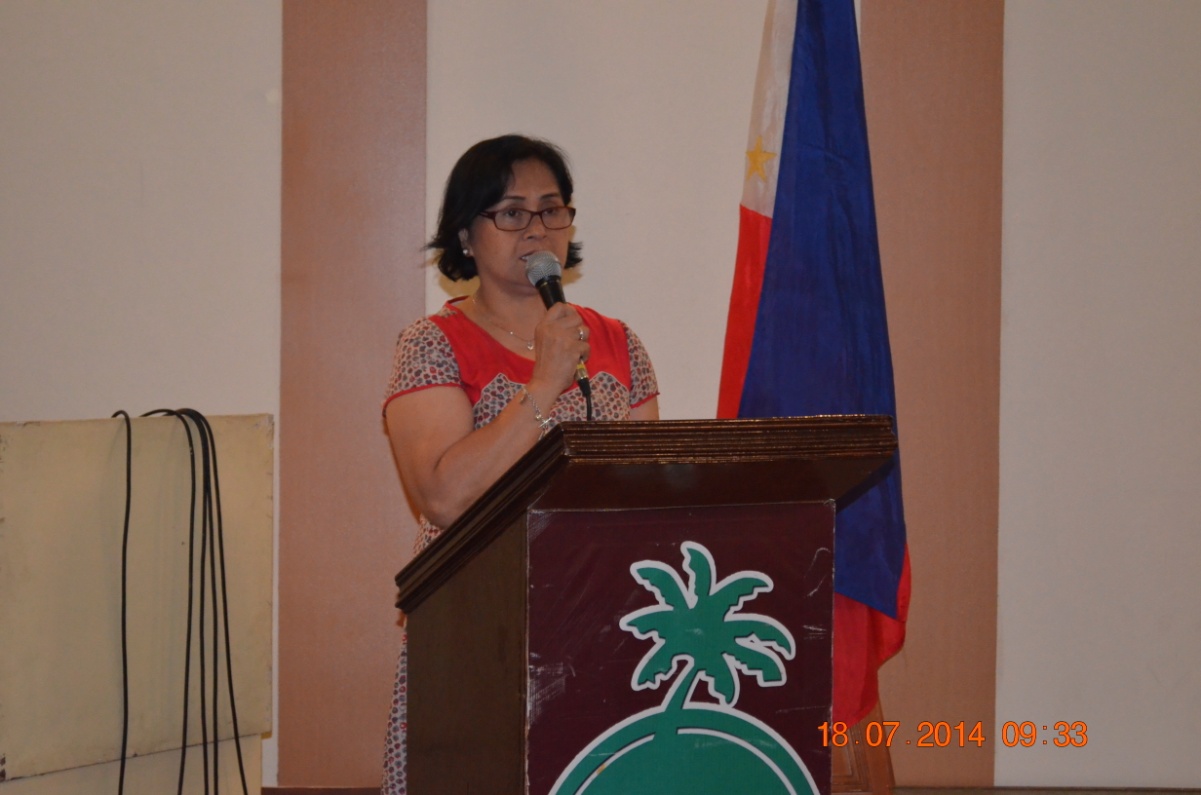 The event was graced by  Dr. Lourdes C. Generalo, a Faculty Professor from the University of Southeastern Philppines (USEP)and Consortium Director of the Southern Mindanao Agriculture and Resources Research and Development Consortium (SMARRDEC),where DA is an active member. “ There is nothing more inspiring than to witness the young researchers of DA produce useful technologies and to encourage them continue seeking for knowledge to help our people”. Modesty aside, she appreciated DA on its active involvement and support to the R&D activities of SMARRDEC.She also informed that DA RED Remelyn Recoter, was appointed Vice Chairperson of the Regional R&D Coordinating Council (RRDCC) for those who do not know.According to her that in two years time, the consortium will be turned over to the Department of Science and Technology (DOST). She also noted the meager 1% budget for R&D program which government must have to address. 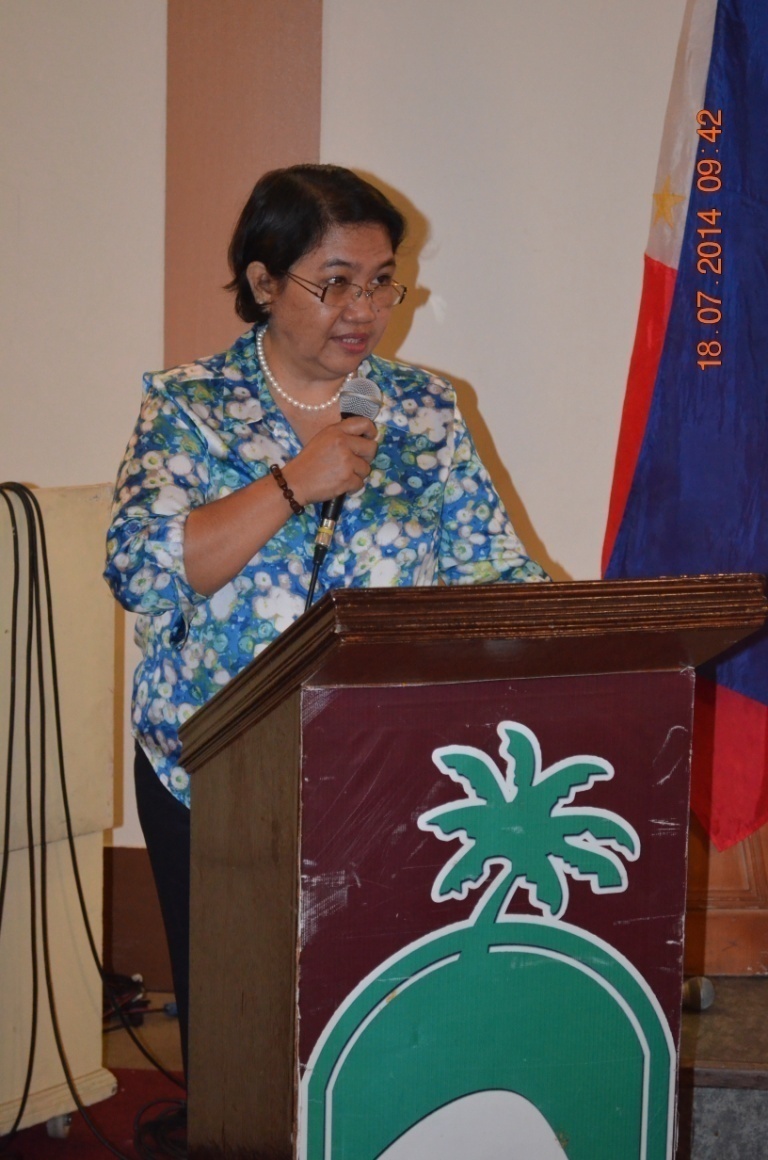 DA Regional Director Remelyn R. Recoter,also challenged the DA researchers to  generate useful technologies that farmers may adopt with good marginal benefit  cost ratio where farmesr could have higher return. She reminded  researchers  that before the  results of studies are disseminated, they must  have been verified at the farmers field through on-farm studies in the different ecosystems.She emphasized further that any results must be based on actual data, related literatures  and not mere assumptions. She also congratulated the researchers for such endeavors and for best papers  to prepare for the next level of competition  at the regional symposium of SMARRDEC. 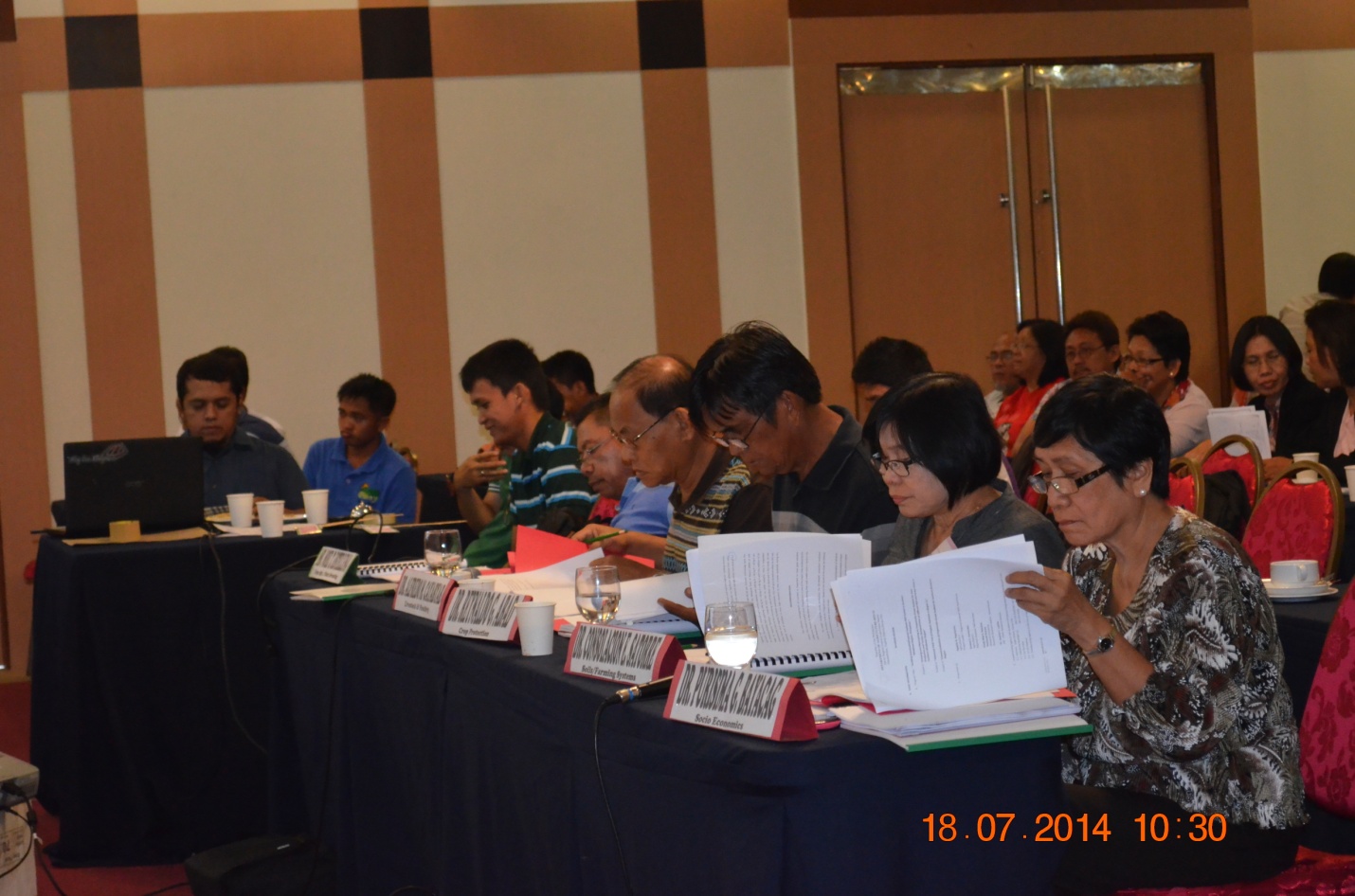 The success of this review was attributed to the presence and support of the Panel of Evaluators,namely Dr. Purisima G. Bayacag,Chairperson from USEP;members were : Dr. Consolacion E. Satorre (DA), Dr.Alfredo M. Cayabyab, Mr. Noel T. Estellena and Dr. Reynaldo Abad.

It was also announced that the  three winners in the review  will have the chance to compete with other R&D agencies  in  the Regional Symposium of SMARRDEC on August this year. (photo credits by Teffanny L. Bonayog)